Engines and their spare parts have been a part of our family for over 60 years. Our grandparents first entered the trade by renewing and grinding used engines. In 1976, a spare parts division was established to import Japanese OEM engine spare parts to countries such as Syria, Lebanon, Jordan, Iraq, Turkey, Egypt and other Middle Eastern countries. In the process we developed strong relationships with Japanese manufacturers and wholesale distributors in the Middle East.  In 2016, after 40 years of experience importing into the Middle East, we decided to take a step further up the supply chain and establish a company in Tokyo, Japan. The purpose of this step was to further strengthen our relationship with the manufacturers and eliminate costly steps in the supply chain to be able to provide competitive pricing and quick turnaround for our customers in the Middle East.

Our mission is to supply the highest quality Japanese OEM spare parts at competitive prices to wholesale distributors in the Middle East. We look forward to building and maintaining long-term business relationships with our customers. 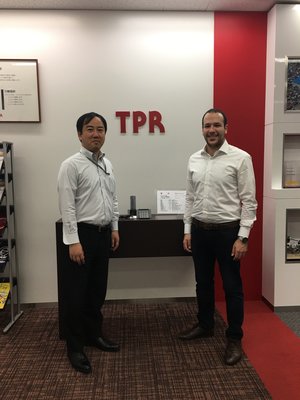